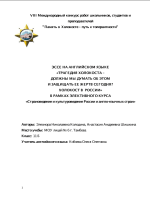 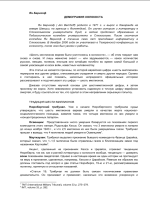 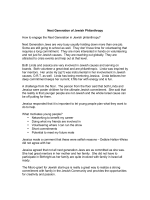 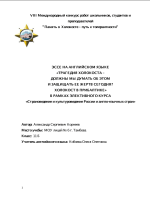 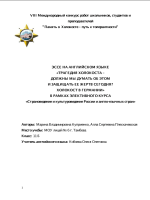 адрес страницы документа
адрес полноэкранного варианта
короткий адрес
Скачать
Under Two Flags by Heinz Weichardt Introduction After years of urging my dear friend Heinz Weichardt to make at least a partial memoir of the vicissitudes of his interesting life, he finally was persuaded by Louis Beam, whom he met last year, to
Читать польностью...
do so. This article was originally in the form of a letter to Louis. Heinz certainly has had an unusual perspective of the Twentieth Century. A supporter of Hitler who left Germany as an unwanted non-Aryan, he became an enemy alien in America. As the years passed, Heinz became successful in his field of physics (electron-optics), retiring from IBM as a manager in its research division. As his article reveals, he never wavered in his support for National Socialism, even if he had himself been rejected by it. Lately there has appeared a peculiar contempt for Historical Revisionism. The latter has undeniably been slashing and chopping the roots of contemporary Jewish power, so Heinz was very unsettled by such criticism. He told me often that when the Holocaust was beginning to be promoted in the 1960s he could only recall his school days in Germany. "I went to school with those fellows in the SS. I knew that they were simply not capable of behavior which the Jews were ascribing to them." He felt that Revisionism was crucial to the regeneration of his once-beloved Germany which has staggered under the libels of Jewish-American lies for fifty years. The same goes for this miserable country. Heinz believed that our goal must be to disfranchise Jews, to dislodge them from government, medicine, law, education, the arts and, of course, from the media. He believes that to criticize those who have demonstrated the Holocaust to be a lie only helps to maintain the Jews as our overlords. It doesn't matter if one genius today says he knew the Holocaust was phony in 1958 and because of that Revisionism is a waste of time. I don't notice any reduction of Holocaust poison in the media today; our children continue to receive it. They must be protected from deadly lies. We adults must grow up, too. The truth will make us mad. It may make us fight. The fighting may one day make us free. J. B. Campbell February 23, 1995